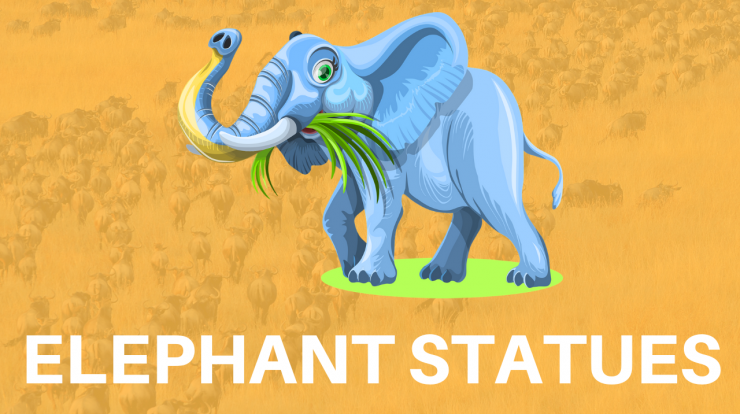 According to various religions and mythologies, the symbolism of elephants means various things.

In Buddhism, elephants are seen as an earthly manifestation of the qualities embodied in the Buddha himself, strength, patience, loyalty and wisdom the elephant epitomizes the boundless powers of the Buddha.

To the Hindu, the elephant is found in the form of Ganesh, (a deity which a very distinctive form having a human shape with an head of an elephant), who is the god of luck, fortune, protection and also happens to be a blessing upon new projects. 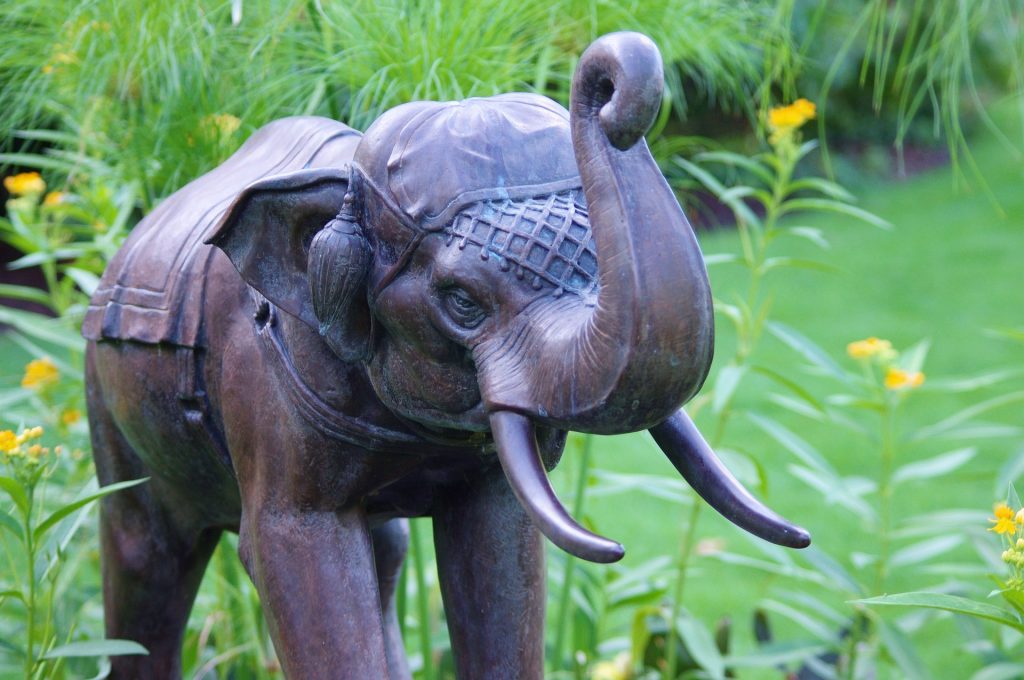 According to the Chinese zodiac, which is majorly used In Northern Thailand to be precise, the last year in the 12-year cycle – called “Year of the Elephant”.

So also, in the Islamic tradition, the year Prophet Muhammad [SAW] was born is known as the Year of the Elephant.

The year the prophet was born a ruler of Yemen tried to conquer mecca and demolish the Kaaba but failed because His elephant refused to cross the boundary of Mecca.

Hence, it was regarded as a crucial omen to the Abraha soldiers marching unto war in Mecca.

Elephant Statues For Garden And Outdoor

Are usually engraved with stones, it’s a traditional architecture and often used in decorations.

The available materials to build/sculpt an elephant sculpture are marble, bronze, sandstone, granite, silver, gray stone, and most often in India a gold plated statues (usually a small mini, not that big).

The elephant statues are used in beautifying a home so also does it serve  as a spiritual means of prayer.

In decorating your home having an elephant–theme décor filled with so much hidden inner meaning can be intriguing and fascinating to friend and visitors giving the animal an iconic status as it should have.

The symbol of an elephant being considered to be a sacred symbol as said earlier depicts strength, wisdom, unity, patience, Dignity, fidelity, good fortune, good luck, virility, success, longevity – depending on how it is placed in the home.

A social group structure if dominated by the mother and her baby represents the love and bonding between a mother and her child/children and placing in one’s home encourages unity and harmony within the family.

On entering most homes and business shops in Asia, an elephant statue is placed at the entrance.

Placing the elephant statue at the front door brings good luck, protection and strength to the household as its trunks should face upward thus representing prosperity, good luck and victory.

Couples hoping to bear a child should place the statue of the elephant in their bedroom, thus symbolizing the activation of the chi energy for fertility, conception.

Elephant figures depicting a mother and her baby, represents the love and bonding between a mother and her child/children and placing in one’s home encourages unity and harmony within the family.

Aristotle, the ancient Greek philosopher did claim and it is known that the elephant surpasses all other animas in wisdom, such that they are capable of showing great compassion and expressing grief.

For knowledge, wisdom and academic success, the elephant status should be placed in a child’s bedroom, in an office or in a workstation, where you carry out your official assignment at your home, and you want to succeed at it.

For the children academics, it should be placed on his/her desk or wherever their homework is being carried out. However, an elephant statue with a face on a work diary or any other work stationary would help in enhancing leadership qualities, so also help you in performing under pressure.

For a Balance Into One’s Life

To bring balance into your life, opting for an elephant statue or picture that is holding something or relating to that part of your life you need a balance in, It could be a statue with a crystal ball or any other element.

The color of the elephant sculpture depends on the taste of the believer.

There are various colors which can be used depending on one’s choice but traditionally the colors available are the golden statue, the brazz, bronze, metal, wood,ceramic white, pink (usually Ganesh) or a silver statue.

In Indian culture, artists use colourful pigment in painting intricate patterns on an elephant statue befor they are paraded in ceremonial processions, as it majestical and mighty form brings good fortune to the home/union.

Elephant being a sacred animal In Buddhism and in Indian methodology, its symbols are mostly considered to be a source of good luck.

The elephant figurines for good luck are those which have the trunk of the elephant in an upward direction, allowing the chi energy of luck too be dispersed throughout the home or office.

What Is a Totem Pole? Totem poles are artistic carvings consisting of pillars or post, that are carved with figures or sym...
Angel Statues According to various religions and mythologies, the symbolism of angels means various things. in ...
Rooster Statue Signifies quite a lot depending on the society it is placed in. there are several religious and spir...
Lion Statues Lion statues are imagery of lion made of different materials, Some are designed from bronze, while o...
This website uses cookies to improve your experience. Accept Read More
Necessary Always Enabled