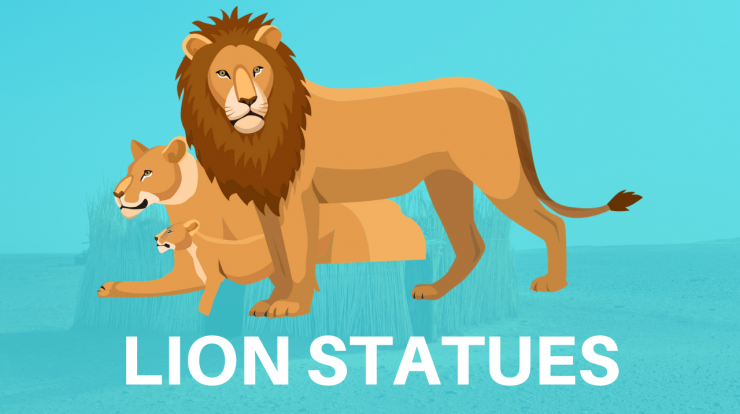 Lion statues are imagery of lion made of different materials, Some are designed from bronze, while others are made of expensive materials including silver and gold.

The reasons behind having the statue of this fearless and courageous animal vary from different people. Others tend to associate it to the fact that it is a king –for animals’ world.

Indeed a lion has a reputation of a character which faces every situation with power, confidence and winning mentality.

In Vietnam, the statues are understood to empower and protect society.

The Chinese believe they guard homes against any sort of accidents or even weird acts of theft.

Buddhists, on the other hand, view them as a source of peace as opposed to Italians who place lion statuses next to entrances and staircases to symbolize power and honor.

Lion statue for garden and outdoor.

Beautiful gardens are made of great arts. They developed to bring out true meaning as to why they are maintained.

In many occasions, very appealing vegetation are adopted to depict unique scenery or to maintain a given micro-environment within the home. Yet, a better way of achieving this satisfaction is considering going for the statues. 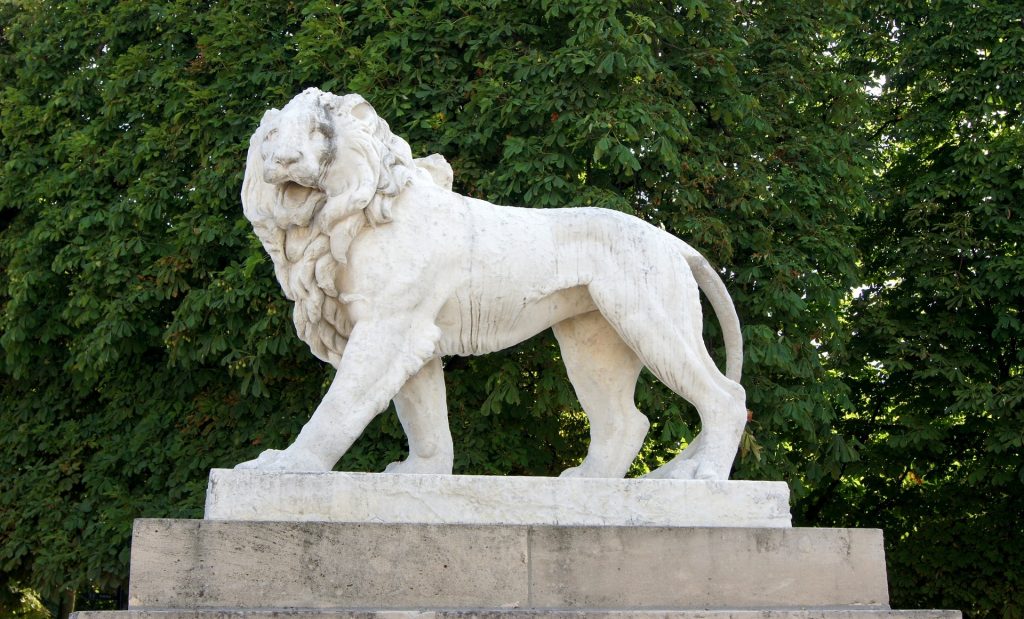 The essence of it is to bring about the wildlife experience next to our environs. It serves to rekindle some memories especially of a tour to a game park that was completely worth mentioning.

In a real sense, everyone will struggle to maintain a good feeling obtained in the past, even though it may not be in an exact way. Here, is where the coveted lion statues come in handy.

They customized and elevate the home view in a special way. In certain occasions, visitors appreciate and in some way associate the meaning of it to the character of the homeowner.

They are expensive and in some occasions need some chemicals to keep them sparkling clean and eye-catching.

The homeowner is viewed as financially endowed to afford such piece of an art.

It is also a state of power because the lion in itself is a living example of the same.

In the outdoor, they are popular by the door sides of banks, hotels, retail chains, shopping malls, and museums. Such entities are keen on drawing the of the first time customers and maintain their clients.

Some of the places which, notably, maintain these statues are the British Museum as well as Buckingham Palace. In the Museum, lion statues are placed at the entrance gate.

It prepares visitors that what lies ahead is a real experience not to wait. At the Buckingham Palace, both the gates are fitted with lions. They are part of the coat of arms of the Royal Palace.

The lion statuses come in a collection of different colors.

For example, guardian lions are very popular in China. Just as the name goes, they provide protection in places like tombs and temples. They mostly come in the color of the ivory stone. 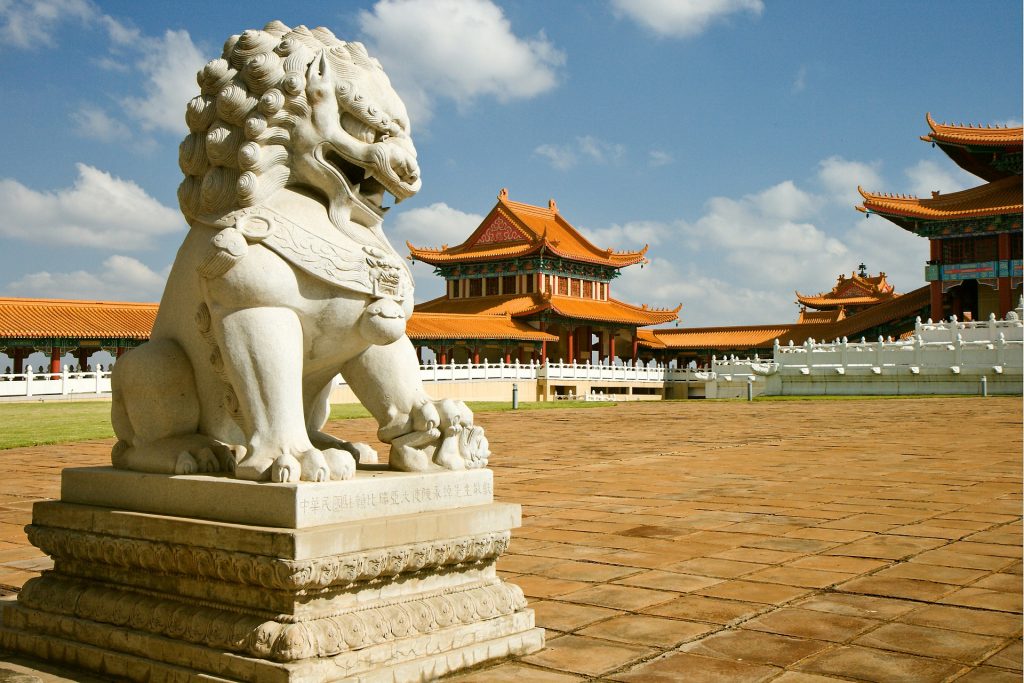 Some sculptures of the king of the jungle are decorated in white color. It is always shiny and appalling which shows the beauty of this animal.

Yellow is another color which gives these statues an amazing look. It is often confused with gold that is used to finish some statues of the animal.

Gold is shiny and attractive. Its statues are very expensive, thus are made only for those who need real quality. It does not corrode even when exposed to extreme conditions which can cause rust.

The golden color remains the same to maintain the exact look of a lion. Lion statue is common too in gray colors. Still another color is a gray color that has a little different from the white.

The lion statues are often made for sale.

The owners come up with distinctive designs to woo buyers. Here are a number of them together with their prices:

The king of the beast by Toscana is a yellow male lion. Beside, Lyndhurst Manor lion is yet another one.

Others are Florence sentinel statue offered by design Toscano.

Beaumaris Castle lion is one from Design Toscano too.

What is more, these beautiful statues are made from diverse materials. Some of them include:

It is the most preferred material since it is easily available and can resist many weather conditions especially scorching sun as well as heavy rains. They are strong enough to allow carving.

Marble is a material which commands great respect among sculptures.

They are formed from metamorphic rocks after a crystallization process. One common example in Italy is called Carrara.

Apart from stones, wood proves to be a great companion among sculptors. Its use has been there ever since notably in Germany and central Europe.

They used both hardwood and soft woods to curve these beautiful carvings of the lion as well. The best in this field include oak, mahogany pine, walnut just to mention but a few.