Totem poles are artistic carvings consisting of pillars or post, that are carved with figures or symbols.

They are mostly made from large trees, a very popular one is the western red cedar.

The poles could also serve as welcome signs for village visitors, mortuary vessels for a deceased ancestor remains, as a way to ridicule someone publicly, as a way to identify the owner of a particular waterfront, and functional architectural features.

The word totem refers to an ancestral being or guardian that is respected and hallowed, but not necessarily worshipped.

The significance of the animal carved on a totem pole is its relation with the lineage of the head of a particular household or even an entire family legend.

The animal is pictured as a sort of family crest. 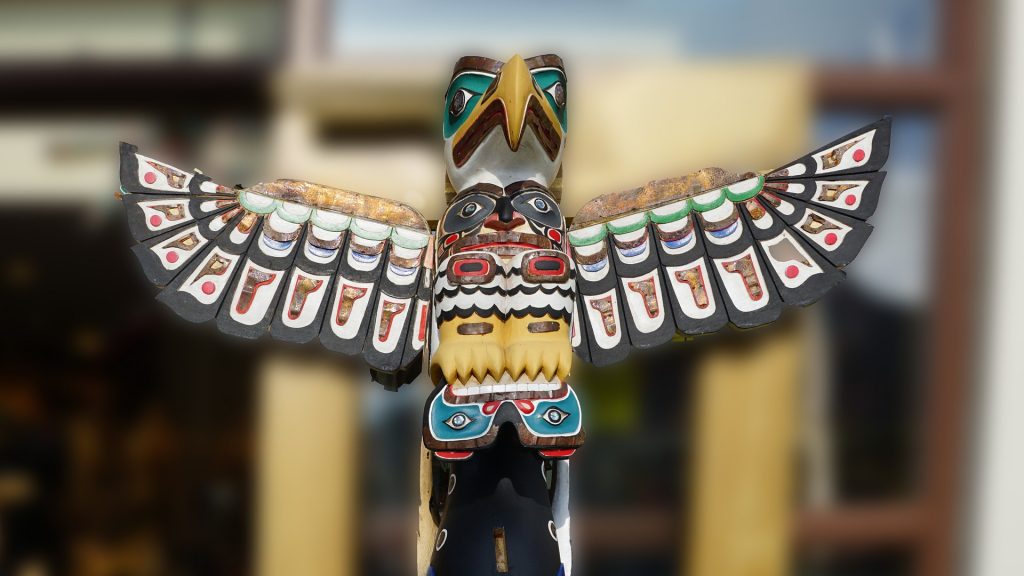 The totem pole was also a sign of the owner’s influence because a pole was considered a very expensive artwork many years ago.

But given the diversity and complexity of the meaning of totem pole carvings, their importance and placement lie in the observer’s connection and knowledge to the meanings of the figures and the culture into which they are deeply embedded.

Each spirit or animal on a pole has a specific meaning attached to it, and when joined on other poles in sequence, each figure is an important constituent of a myth or story.

An exact interpretation of any series of symbols could be however considered an impossible task without the assistance of a knowledgeable narrator from that particular family the totem originated from.

In the native American culture animals have been greatly respected and the belief that one could take on the aspects of a particular animal totem that is why they do wear it on their body as they felt it gave them gifts from their animal.

In general, animals put to our remembrance that we are part of the earth, that creature has a skill of its own, that we do have instincts given to us from mother nature, that each creature has a place of influence.

We Can Subdivide Animal Totem Into:

Insect animal totem: This can be interpreted as diligent, impervious to disasters, ambitious etc.

Air animal totem: This is related to assisting us in matters of higher knowledge.

Land animal totem: They are connected with being aware, cognizant, and intuitive. It represents being stable both physically and mentally and also stable.

In the olden days, Native American expressed themselves with their artwork into totem pole carvings. Today, Indian artists continue to carve trees but some are short and used as major decorations in homes.

Craftsmanship and time are needed to produce a true native carved totem pole (it sounds like quite a bit of work right). 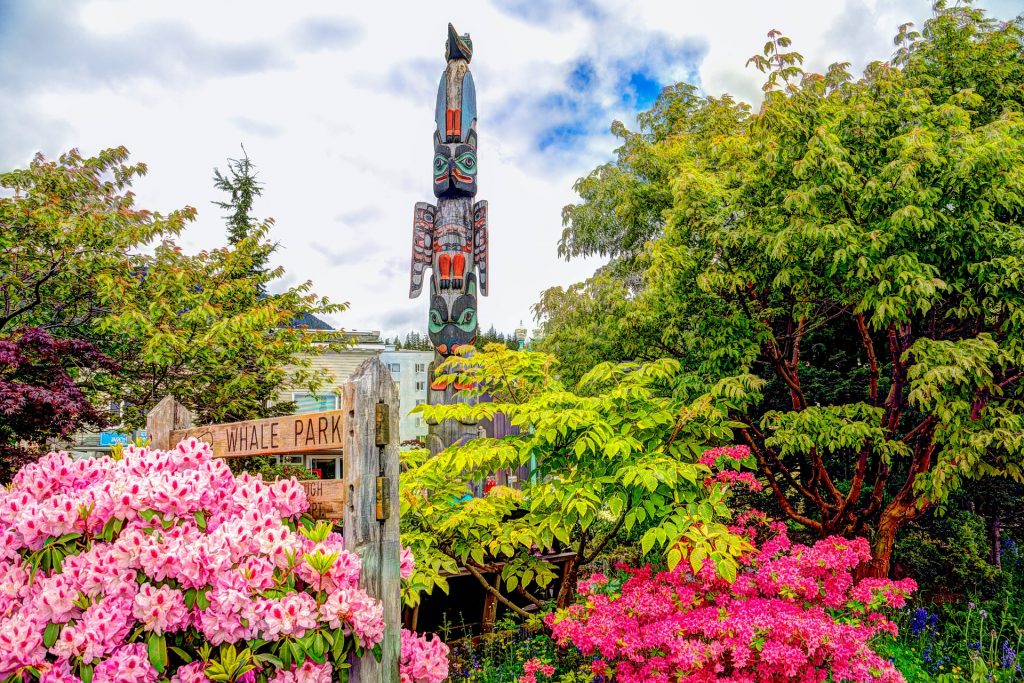 Most people believe that totem poles are religious symbols, this notion is actually false.

Carvings represent tribal nations and also convey the history of a particular tribe.

Most times the story of the totem pole is passed down from generation to generation, this would go a long way to preserving such family lineage and tradition associated with them.

The raising of a totem pole is usually a big celebration to the Indian tribe.

The pole is carried to the site in a ceremony with hundreds of people in attendance, Ropes are usually used to raise the pole into its rightful place.

Most times the poles are raised even before carving commences. Singing and dancing to drums majorly accompanies pole raising.

How To Find Your Animal Totems

Or you could answer these very simple questions, once you have answered them you will know your animal totem.

Interestingly, you can have more than one animal totem.

The first explorers to the Pacific Northwest observed that totem poles and possibly it art form dates as far back as hundreds or even thousands of years ago.

Considering the amount of work that is put into making a totem pole, they were regarded as a sign of wealth and power. They are mostly found outside the homes of tribal chiefs.

Traditional Indian totem poles were carved by hand with a material such as bone, antlers, shells, stone, wood and beaver teeth.

The time taken to create a totem pole depends on its size and its intricacy. An experienced carver can expect to spend around three up to nine months to construct one.

The major paint colors used in a totem pole are white, black, turquoise, and red. In the olden days, salmon eggs will be chewed and spat out to create the base of the paint.

Totem poles do not serve a religious purpose to Native Americans as many objects did. They were actually meant to commemorate special occasions such as anniversaries, births, burials and marriages. They sometimes portray a brave deed or even a shameful act.